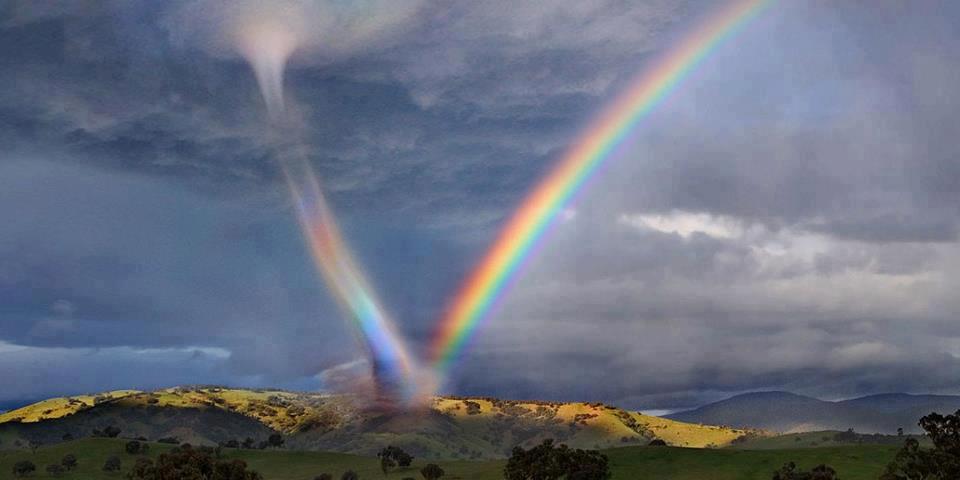 Spinning out of control

This has become another of the many sensitive and potentially explosive issues in our society.  My personal feeling is that it has become far too much of a marquee issue based on it’s overall relevance to society.  Still, I felt compelled to comment on this issue due to the political and social relevance as it pertains to our interactions as part of God’s Creation.

As a starting point let us set the stage with regard to the differing factions on this issue.  We have heterosexuals, homosexuals, the confused (i.e. bisexuals, transsexuals, etc.), those who support the homosexuals and/or the confused but are not one of these groups themselves, the moral relativists and the indifferent.  That pretty much covers the majority of society, although we have new groups and pockets of concern everyday.

Let us analyze the facts of the issue:

I personally believe that what takes place between two “consenting adults” in the confines of their home and out of the view of others is their business.  I also believe, however, that if you choose to drag your affairs into the limelight and the public arena it’s your own fault when you are ridiculed or berated for that choice.  The homosexual community, by their own choice, have made this a public issue and must, therefore, accept the positives as well as the negatives associated with that choice.  Homosexuality has been forced into public debate and must be willing to participate in the give and take of public discourse.  It is now subject to both fact and speculation as well as scientific theory and philosophical postulation.  This having been said let us begin our discussion.

Human beings have a natural tendency to crave affirmation from other human beings.   This is not a bad thing but rather a part of what makes society and civilization work.   If we did not seek the approval of others, if we did not care that our activities and accomplishments were beneficial to others we would return to anarchy.  So let us indicate that the quest for affirmation and positive reinforcement is good.  When we find, however, that we are in harmonious existence with others around us it conveys a sense of affirmation that would not be possible with words alone.  We find common ground with our fellow man and the need for verbal affirmation becomes secondary.   Man is born, however, with an innate desire to please himself and fulfill his own desires.  This motivation is anathema to society, civilization and order.  If every human being only concerned themselves with what they wanted we would be utterly destroyed by the conflict and confrontation that would arise.  We see this in wars, riots, murder and general criminal behavior.  This is not to say that self preservation itself is wholly evil.  There must be a certain level of self love and motivation to achieve success and drive individuals to better their lot in life.  There must always be, however, a healthy dose of concern for our fellow man and his lot in life.  I believe that a majority of humans, regardless of their personal life choices, are at least moderately concerned if not overtly considerate of others.   I also believe that there are a great many groups and individuals who would advance their own personal objectives, even at the expense of societal perpetuation and civilization in general.  If you’re not following me, allow me to clarify my point.

I believe that a very vocal and substantial portion of the homosexual community has made the decision to further its own goals and objectives even at the expense of societal peace and prosperity.  If this were not the case they would be content and self assured with affirmation from fellow homosexuals with regard to their lifestyle.  Why is it so important for homosexuals to have the approval of society?  Why do they consider it so important that religious groups acknowledge their legitimacy?  I believe it goes back to my earlier statement.   If homosexuals were genetically predisposed to their choice of lifestyle they would come to accept that and would be comfortable and secure in that choice regardless of societal approval.  It would simply become a fact of life that everyone would eventually ignore as they do other symptoms of humanity.  There exists, however, too much controversy over this issue and they know that forced acceptance is a requirement.  Despite increased acceptance of the homosexual lifestyle through the years there is simply no true, widespread acceptance of the overall homosexual agenda.  Same sex marriage is regularly defeated at the ballot box and must be constantly defended and perpetuated by radical courts and judges.  One portion of the homosexual community demands special protections and acceptance by every group on the grounds that they are no different than any other societal group while the radical portion of the homosexual community constantly engages in public, in your face behavior meant to shock, desensitize and generally wear down society’s moral outrage.  The truth is that there is no genetic predisposition and so they seek to obtain forced societal acceptance before the whole fiasco is exposed for the lie it is.  They must have the affirmation of other groups to give them security in their choice and so they push themselves into the arena hoping to eliminate opposition to their cause and generate support from as many groups as possible to convey a sense of legitimacy and normalcy.  It seems logical to follow that if you claim homosexuality as a genetic predisposition then we must begin to justify pedophiles, rapists, necrophilia, bestiality and any other form of sexual proclivity that comes along.  If we are to justify homosexual marriage then it follows we must accept bigamy, polygamy and polyamory as normal, genetic predispositions as well.  The problem and simple fact with opening the door to one form of deviant behavior is that society must then be shamed into accepting all of the others.  The moment that anyone with moral objections steps in the deviants stand up and scream that it is wrong for us to force our morality on everyone when they don’t believe in our God.  This brand of moral relativism is exactly what rots a society from the inside.  We don’t need to be conquered from without as we will simply destroy ourselves from within while the tyrants we have opposed look on in unabashed pleasure at our weakness.

There are groups that despise me for my Christianity and yet it does not affect my beliefs.  I am a Christian regardless of their disapproval of my positions on principle, morality, sin and God.  While I would very much like to have them see the light and the truth of Christ I am no less secure in my life for their disbelief and refusal of God’s free gift of eternal life.  I do not hate homosexuals for their homosexuality.  While I may vehemently disagree with their tactics in attempting to legitimize themselves I do not hate them.  I will ardently oppose their attempts at desensitizing our children to their lifestyle and drawing future generations into their deviance but I do not hate them.   I will never accept the legitimacy of homosexual marriage as it is a covenant with God and I believe homosexuality is diametrically opposed to God’s will but I do not hate them.

If you are a homosexual I firmly believe that you are living that life because you have chosen to do so.  It is irrelevant how you feel about this assertion since I am entitled to my beliefs and opinions.  As a Christian I believe in order and the Law of God.  I believe in creation and the direction of the universe as an act of God.   Now, this having been said I believe you are free to live your life as you choose.   While I may find your choice to be repugnant to me personally I would not infringe on your right to pursue that choice.  Do I believe that your lifestyle is a Sin; Yes.   Do I believe that both you and I will be judged by an almighty God; Yes.  Do I believe that your lifestyle makes you less a deserving human being than I; No.  God gave this creation to all of us to use as we saw fit and enjoy it as we desired.  He asks us to make a choice and enjoy it as he intends, but he does not force us to do so.

To my view, however, homosexuality from a societal standpoint must be placed in the same category as pornography, prostitution, pedophilia, adultery and all forms of sexual deviance.  It is not a “natural” act and it is not the method by which God intended us to enjoy the sexual experience.  The mere fact that many accept it as a normal conduct of humanity is a blight on our civilization and the previous civilizations that have also held that view.  It is the epitome of self-fulfilling desire and separation from God as well as the perfect snapshot of our society’s narcissism.  If homosexuals are so self-assured and happy with their lives then be content with who and what you are.  Stop this unceasing quest to demand acceptance and affirmation from individuals and society whether they agree with you or not.

What do you believe entitles you to some grand, protected status that has never been bestowed on any other group in history.  Suck it up buttercup.  If you’re a proud homosexual be a proud homosexual and not some tragic accident of nature.  Have the conviction of your beliefs.  Learn to be a part of your civilization rather than a constant stick in the eye of society.  Form your own churches and perform your ceremonies as you see fit.  If what you want is the ability to share your life with your committed partner and share your vows before God then do as you see fit.  Why must you have my church or my religion be accepting of your sin.  Why must my business be forced to bake cakes for you and your partner or take photos of your ceremony.  Patronize establishments run by people who support and encourage you rather than doing business with someone whom you know is opposed to your personal choices.  The entire process of attempting to cow those in opposition to the homosexual lifestyle or same sex marriage puts the lie to all of the other claims of simply desiring equality.  The truth is that you must destroy the moral code that opposes you and with it anyone or anything that supports and defends that code.  The homosexual community does not seek equality but rather a form of control that grants them the outrageous right to tell me or anyone who disagrees with them that we are not acceptable to society and we must be reeducated and shown the error of our ways.

Isn’t it fascinating that the homosexual activists and community advocates are striving to become the very dogmatic, power structure that they claimed to detest.  They face a manufactured foe they claim is excluding them from society because that foe will not say “I approve of you” even while we say I believe you are born with all of the God given rights and liberties of every human.  I support and will champion your right to exist and be you but I will not be forced to deny my faith or sacrifice my moral principles just because you say I must.